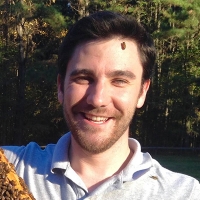 Honey bees, Apis mellifera, are among the most socially complex organisms in the world. Within a colony, tens of thousands of individuals seamlessly coordinate to build and protect their society with such a high level of organization that they function more as a super-organism than as a collection of individuals.1 Of all the roles in a colony the most crucial one, and only one held by a single individual, is that of the queen. A honey bee queen is the mother of her colony and all the workers are her daughters. Because of this, queen quality has an impact on every other aspect of colony functioning and is crucial to colony success. If the queen dies or otherwise become inadequate the workers must rear a replacement quickly or the entire colony will die.

Any young female larva can potentially be reared as a queen rather than as a worker and at any given time there are hundreds or even thousands of such larvae available for the workers to choose from. How then do the workers select just a few to be reared as replacement queens, one of which will inherit the nest and determine the future of the colony? Despite centuries of beekeeping history in addition to our dependence on honey bees for modern commercial agriculture, we have just started to explore this question.

So far, research suggests that the amazing level of cooperation seen in ordinary honey bee tasks continues in emergency queen rearing. The workers in a colony all share the same mother but have many different drone fathers. As a result, queen rearing presents an opportunity for the individual worker subfamilies to compete to advance their particular genetic line by having the new queen be a full, rather than half, sister. But instead they work together.2 Additionally, there is some evidence that the workers preferentially select larvae from rare “royal” subfamilies.3 This pattern suggests that these rare “royal” larvae may have superior reproductive traits compare to other subfamilies, making them a better choice for the workers to rear as replacement queens. In my research I am seeking to understand how workers select which larvae to rear as new queens by testing whether queen rearing is influenced by caste-independent reproductive traits. A discovery of this type would provide new insight into understanding the evolution of caste differentiation in honey bees and the tradeoffs in separating worker and queen traits, as well as informing queen breeding programs to improve queen quality.

I am currently working towards a MS degree in Entomology but seeking funding to expand my research into a PhD project. I have designed my project with two primary objectives. 1) To examine queen rearing behavior to see whether I find support for the purported “royal” patrilines, and 2) to determine if any subfamilies preferentially reared as queens also exhibit higher success as laying workers, suggesting that those subfamilies have superior reproductive traits regardless of caste. Previous researchers have examined aspects of queen rearing and laying worker behaviors separately. By combining the two, my project presents a new approach to understanding reproductive traits and queen selection behavior in honey bees.

Honey bee workers are unable to mate and, under normal circumstances, do not reproduce at all. However, if the queen fails and the workers are unable to rear a replacement then some of them are able to activate their ovaries and lay unfertilized eggs, which will develop into drones. This final generation of worker-laid drones is the last chance for the colony to reproduce through the possibility that some of them will mate with foreign queens and pass on DNA from the now doomed colony. As with all traits, though, workers exhibit variation in their ability to lay eggs and the eggs from some workers are more likely to be accepted by the colony and actually reared into drones than those from others.4 My experiment induces both emergency queen rearing and laying workers in the same colonies so that I can directly compare both traits in conjunction, allowing me to identify if certain subfamilies are both preferred in queen rearing and are more successful as laying-workers. Finding this would indicate that members of those patrilines exhibit superior reproductive traits regardless of caste.

This past spring and summer, my first field season, I established twelve experimental colonies. Once they reached a sufficient population I made two five-frame queenless splits off of each primary queenright unit to induce emergency queen rearing. I chose to make two queenless splits per colony to boost the total number of queen samples produced while keeping the queenright portion strong enough to maintain all three units through the field season. Each week following the creation of my queenless splits I collected all of the larvae/pupae being raised into queens. I then rotated a frame from each split with one from the queenright unit, bringing a new supply of young larvae and whatever nurse bees were tending them. In this way I maintained my queenless splits and continued to collect queen larvae/pupae from them repeatedly, the end of the season or until they stopped rearing more queens. Later in the season I also established an additional queenless split from each remaining queenright unit. After a week I collected all queen larvae/pupae from these new splits as with my previous ones but did not replace any frames, leaving them hopelessly queenless to induce laying worker behavior. When I established each of these laying worker splits I also added a paint-marked cohort of newly emerged workers. This was so that I could later collect this cohort to examine variation in ovary activation in addition to genotyping the worker-laid drones to identify which subfamilies were successfully reproducing.

In the end my laying worker splits did not produce enough useful data this season to conduct the full analysis. This is mostly likely do to a combination of factors, including being late in the season as well as having a heavy infestation of varroa mites and other diseases. I plan to examine ovary development for the samples I was able to collect to get some preliminary information that I can use to inform my plans for future field seasons. My queen rearing splits did very well, though, with some greatly exceeding sample sizes in the relevant publications. These results vouch for the robustness of my experimental design. I have data to reach a strong conclusion for Objective 1 while making some preliminary assessments for Objective 2.

I am currently analyzing the data that I collected this season and making plans for future field seasons if I am able to expand this into a PhD project. At present, I am making all of my subfamily determinations via molecular genotyping at eight microsatellite loci using standard PCR analysis.5 In my next season, in addition to the additional data for Objective 2, I would like to employ next-generation sequencing techniques to get a deeper understanding of which genetic markers are actually important to selection for queen rearing and success as laying workers. By employing a more extensive method, such as utilizing Restriction site Associated DNA markers (RADSeq), I would be able to identify patterns in shared markers between “royal” subfamilies and successful laying workers. This kind of study will be necessary to move beyond identifying patterns to actually identify what sort of biological mechanisms are at work in these behavioral processes.

Queen quality is the single most important factor in the success of honey bee colonies because it influences every other aspect of their functioning. Understanding how the bees themselves select new queens offers not only fascinating insight into their biology and social behaviors, but also the potential for improvement in our management and queen breeding operations. Identifying that certain patrilines are selected for having superior reproductive traits while other (more common) ones produce superior workers would make a significant breakthrough in understanding how honey bee colonies operate. Even with negative results for one or both objectives this study will increase our knowledge about queen selection and reproductive traits in honey bees and identify questions for further research.