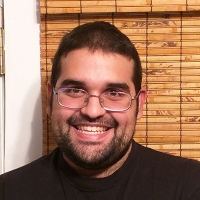 Introduction: The honeybee health crisis began a large scientific movement to identify and characterize its potential contributors. Honeybees suffer from multiple stressors including the parasite Varroa destructor, numerous fungal and viral pathogens. Despite extensive research, no one factor has been linked as the definite cause to global honeybee collapse. It is more likely that colony losses are the result of multiple stressor-host interactions such as sub-lethal doses of pesticides interacting with honeybee pathogens increasing honeybee mortality across the life cycle (Doublet, Labarussias, de Miranda, Moritz, & Paxton, 2014). Embryonic and post-embryonic developments are crucial phases during which sub lethal dosages of stressors may cause irreversible damages to the individual. This developmental sensitivity to stressors, such as pesticides, can be to 50 times greater in early development, honeybee larvae and pupae, than in adults treated with the same stressor (Johnson, 2015). Honeybees act a unique model to study stage sensitivity of stressors. I define stage sensitivity as differences in stress responses to the same stressor when applied at different developmental stages.

Overall, metamorphosis involves a conspicuous and relatively abrupt change in the animal’s body structure through cell growth and differentiation. It also involved the formation of novel neuronal circuitry effectively preparing the larvae physiology for the more complex adult behaviors. Honeybee development consists of four stages: egg, larvae, pupae and adult. Early development is general thought to include egg, larvae and pupae. Eggs hatch 72 hours after being laid but are generally cumberson to work with due their relatively small size. Honeybee larval growth is marked by an age-correlated increase of protein transporters and receptors, as well as protein nutrient stores (Chan & Foster, 2008) leading to a noticeable increase in weight and size. Weight potentially buffers stress response by diluting chemicals in a larger volume (Iwasa, Motoyama, Ambrose, & Roe, 2004). Pupae exposure is uncommon, potentially due to the cocoon’s relative isolative conditions. However, pupae are particularly susceptible to Varroa infestation. Varroa is a complicated stressor and Varroa-specific effects are hard to investigate due its potential to incorporate multiple stressor such as viral infection, energetic stress and wounding (Boncristiani et al., 2013; Martin et al., 2012; Williams, Roberts, & Elekonich, 2008). Paraquat, herbicide use to model oxidative stress, and heat are known to induce specific stress responses such as the production of antioxidant enzymes or heat shock proteins that in turn mitigate the effects of these early developmental stressors. These stressors would allow an accurate study of the early developmental impacts by ensuring stressor specific effects.

Exposure to sub-lethal dosages of stress during early development induces persistent effects on the adult stage of honeybees. This is the central theme of my doctoral studies where I will investigate the long-term impacts of early developmental stress honeybee system through a systematic approach. Specifically, I intend to use the funds for the completion of my second Phd objective: studying the temporal dynamics of early developmental stress. My first objective was to run evaluate difference stressors, obtain their sub lethal dosages, and making protocols to test whether they exhibited effects on the adult stage. Life history traits: longevity and age of first foraging, morphological responses, fluctuating asymmetry in worker wings and pollen basket, and molecular, stressor specific biomarkers, were used to determine whether there were any persistent effects after the exposure.

Hypothesis 2b: Metamorphosis is an effective remodeling of the honeybee, potentially removing impacts of early developmental stressors.

Because pesticides residue accumulate in old comb, newly purchased wax foundation comb will be placed in a hive and left to be drawn out naturally. Narutally mated queens will be used in a standard Langstroth hive. These hives will be supplies with resources and left to grow naturally to ensure optimun egg laying conidtions.

Queen will be caged for 10 hours to ensure brood (~500 individuals) of similar age. Daily trips will be taken to monitor condition of the brood until capping. Brood will be left to mature until capped. Only brood capped within 24 hours of each other will be used to ensure a relatively single-aged cohort. Any uncapped brood at that time will be removed physically. We have previously done this and it has yielded around 500 workers. 24 hours post caping will serve as our initial time point to determine developmental delays or acceleration due to treatment.

Summer 2014 and 2015 were spent testing different stressors as part of my first Phd objective. Stressors that yielded consistent sub lethal dosages after multiple replicates where the herbicide Paraquat and heat. A sub-lethal dosage for Paraquat was 1ul of 20 ng/ul and heat was1 hour In 53°C. In hypothesis 2a, stessors will be applied during one of the following developmental stages: 3rd instar larval instar, white-eyed pupae, and dark-eyed pupae in workers.

After treatment, Stressed and Non-stressed groups will be reintroduced to their respective hives and allowed to develop naturally. Daily censuses will be conducted twice per day, morning and afternoon, to monitor emergence. At the sign or suspicion of emergence, treatment groups will be moved to the incubator and monitored hourly to record emergence time/date of each individual.

Emerged individuals will then be tagged with a unique number along with a small drop of paint over their abdomen. Observer and taggers will be blind to treatment groups to ensure unbiased future observations. Tagging will be done until equal samples sizes have been reached. Individuals will then be combined and the single aged cohort will be reintroduced to an empty four framed glass observation hive containing an empty foundation frame, a pollen frame, a honey frame, honey/pollen mix frame and a caged queen. Workers will then be observed for difference in adult history traits.

An experimental designed similar to Huang (1996) (Huang & Robinson, 1996) will be used to test for potential accelerated development between stressed and non-stressed individuals. This includes the construction of a single age hive, composed entirely of emerging individuals as described above. Hives will be left to develop naturally without resupplying, forcing these individuals to exhibit precocious foraging. Due to the time sensitivity, observations will be done in 30 minute intervals watching the entrance of each hive between 06:00-12:00 to record individuals age of first foraging. This will be done until 10% of the original cohort remains or the colony absconds. Triplicates of this experimental designed will be performed.

2a) Fluctuating asymmetry and weight measurements

All organisms genetically encode for a “optimum” phenotypes in their traits. However, this optimum is never reached due to “environmental” perturbations during development. In bilateral organism any trait which is represented on both sides of a bilaterally symmetric organism, should develop symmetrically in the absence of perturbations (Clarke, 1992). These difference that occur between sides of a bilaterally symmetrical organism due to developmental accidents (Clarke, 1992) is known as “Fluctuating asymmetry” and has been employed as an indicator of the level of developmental stability. The impact of an early developmental stressor on developmental stability could be measured by comparing “fluctuating asymmetry” of key structures such as length and width of wings and pollen baskets.

30 emerging individuals from each treatment group will be collected and euthanized with CO2. Wing measurements will be taken based on previously existing protocols (Jones, Helliwell, Beekman, Maleszka, & Oldroyd, 2005). All corporal measurements will be assessed manually first, followed by wet weight measurements on a balanced scale. Due to potential discrepancies due to water retention, samples will then be treated to subsequent 30-minute drying at 95°C until no weight change is apparent. Triplicates of this experimental design will be conducted using cohorts from different colonies.

2b) Comb building and Brood collection

The same stressor/dosages will be used as previously described above however the time of exposure will be different. In hypothesis 2b, a single stressor will be applied application 24 hours after capping in order to ensure consistency with our summer 2014. Additionally, treatments will be applied to a cohort of aged adults, 3-days after emergence. This will allow us to compare whether there are any stress response difference between early developmental and adult exposure. A systematic sampling will be conducted at 1,2,4,8,16,24 hr/hrs (~ 15 individuals each) post stressor applications. This temporal range seems to be common time points in dose-response experiments.