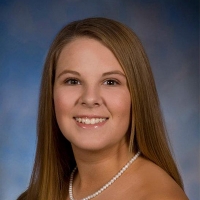 From discussions with beekeepers, we gathered that migratory beekeepers might have lower loads of varroa mites in their colonies due to the vibrations during transportation on trucks. The primary objective of this study is to determine if nightly mechanical disturbance (knocking) of hives reduces varroa mite population growth to the extent needed to ensure colony survivorship. Preliminary testing demonstrated that while colonies are being mechanically disturbed, there is a significant difference in mite drops (ANOVA, F=4.626, df=5, p=0.075), however after the disturbance ceases, the significant difference in mite drops is lost (ANOVA, F=0.7729, df=6, p=0.4131) (preliminary data, unpublished, 2014). What remains unknown is if repeated, regular, long-term disturbance will have a measurable impact on varroa mite populations over the course of a production season.

The question we are asking is: does mechanical knocking on a colony effectively control mites as an alternative to chemical treatments? Testing this hypothesis will include measuring daily varroa mite drops and monthly varroa mite loads. In the event that no difference is found between treatments, one possible explanation is that the bees have become acclimated to the mechanical disturbance. To evaluate whether or not the bees became acclimated or if any other secondary effects take place, the colonies will be monitored for queen events (i.e. swarming, supercedure), aggression and virus loads.

During the 2014 active season a mechanical device created by engineering undergraduate students was field tested. This device disturbed colonies at regular intervals each night, however the device proved to be unreliable. Therefore the goal for this field season was to design a simple and reliable device for mechanically knocking the honey bee colonies. A weighted pendulum attached to a vertical support was created for this purpose. The pendulum was raised and then released so that it would knock the back of the colony.

Twenty four colonies established in March of 2015 were selected for this study and placed in the same apiary (Beltsville, MD). These bees were all fed and managed the same way. The colonies were selected based on a lack of queen events (i.e. swarming), and similar colony health as determined by initial varroa mite and nosema spore alcohol sampling protocol according to the Bee Informed Partnership’s (BIP) Tech Team Manual. The colonies were randomly assigned to either the treatment or control groups. On June, 21 2015 colony disturbance on the colonies in the treatment group was initiated. The colonies are knocked a total of ninety times each night (three sets of thirty knocks) and are knocked five nights in a row (Sunday through Thursday) each week. The mechanical disturbance will end on October, 1 2015. Complete colony assessments of varroa mites, nosema spores, viruses and overall colony health (queen status, brood disease, frames of bees, frames of brood, and frames of food) are conducted each month. Sticky boards are used to monitor mite drops. The sticky boards are removed to be counted and replaced by new ones every night before knocking.

To enhance this study in future field seasons, several changes should be made. One major aspect that needs to be improved is how the colonies are rated for their reaction to the mechanical disturbance. In the 2015 field season, reactions were measured three times: after 30, 60 and 90 knocks. After personally observing the bee’s reactions, it was clear that their reactions would need to be measured more frequently (i.e. after every ten knocks). Additionally, the reaction rating system needs to be updated to include the amount of bearding present when knocking. Another important improvement would be to create a mechanical knocking device that does not rely on a human or computer operating systems. This would allow for less operator bias in the results and would be pragmatic for beekeepers. The duration of the mechanical disturbance on the honey bee colonies needs to last longer, however the disturbance does not need to be more frequent or more powerful.

We have observed through the BIP management survey that backyard beekeepers are reluctant to treat their colonies with chemicals (2013-2014 management survey, unpublished). Therefore, if successful this non-chemical solution would be the ideal replacement for varroa mite control.