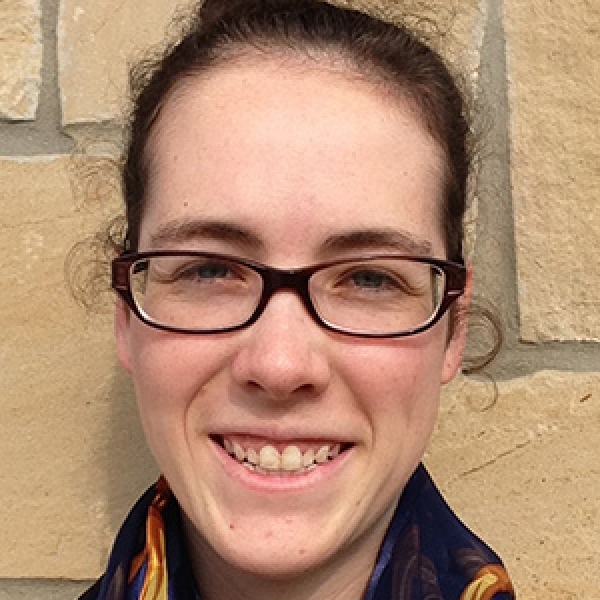 Elizabeth Walsh is in her first year as a graduate student in Texas A&M University's Entomology Department where she is examining physiological and behavioral changes in honey bee queens reared in miticide contaminated environments. She is mentored and advised by Dr. Juliana Rangel-Posada. Elizabeth began beekeeping in high school and has been enamored with bees and beekeeping ever since. She earned her undergraduate degree at Ripon College, a small liberal arts college in Wisconsin, and used proceeds from her beekeeping business to pay for part of her tuition. At Ripon College, Elizabeth did work examining queen retinue response to queens reared in miticide contaminated environments as an NSF-REU student in the Dr. Rangel's lab at Texas A&M University in the summer of 2013. At Ripon College, Elizabeth established a program where undergraduate students kept bee hives on the college's prairie and she conducted a citizen's science project examining local bee hives for various parasites. She also has been an active part of several Wisconsin beekeeping organizations, such as the East Central Wisconsin Beekeepers Association and the Wisconsin Honey Producers Association, and enjoys helping teach beekeeping classes for beginning beekeepers. Elizabeth plans to educate others about bees and beekeeping after completing her Ph.D in Entomology.

The honey bee is the most important beneficial insect to the agricultural sector in the United States; they contribute an approximate $17 billion annually, particularly through crop pollination (Calderone 2012). Despite their importance, honey bee populations are declining at an alarming rate worldwide. This decline is likely caused by many environmental and biotic factors, including problems associated with varroa mites and lower overall queen reproductive quality, which reduce colony-wide strength (vanEngelsdorp et al. 2010). Given the queen's importance as the head of a colony, studies need to be performed to determine how queen reproductive quality affects colonies as a whole and how the beekeeping community can mitigate this issue.

Honey bees exhibit reproductive division of labor, as the queen focuses her energy on the reproductive duties while a retinue of worker attendants groom and feed her—all while distributing queen-released contact pheromones that alter worker physiology and behavior (Winston 1987). The mandibular glands release a major queen pheromone, commonly known as Queen Mandibular Pheromone (QMP), which is unique to every queen. It has been demonstrated that a queen's rearing environment or reproductive status has a measurable effect on QMP chemical composition, retinue worker behavior, and overall colony physiology (Delaney et al. 2010, Niño et al. 2013, Richard et al. 2007). Queen reproductive capacity has a large impact on colony growth and potential, with queens of low reproductive quality—as indicated by QMP composition—being more quickly superseded than their high capacity peers (Rangel et al. 2013).

In the fight against varroa, the most widely used miticides in beekeeping history contain the active ingredients fluvalinate, coumaphos, and amitraz. Studies have shown that the majority of honey bee colonies in the United States have contaminated beeswax with lethal and alarming levels of these chemicals (Mullin et al. 2010). Despite their ubiquitous presence in wax, these products continue to be used (Mullin et al. 2010, Haarmann et al. 2002). Due to nationwide contamination of beeswax with these top three miticides, it is reasonable to expect that the queen rearing environment in many beekeeping operations may be compromising queen health (Mullin et al. 2010). Comb contamination is a very serious problem, because the presence of miticides in the hive has been shown to have negative effects on fertility, including lower sperm viability in queen spermathecae and drones, lowered queen reproductive quality, and higher queen mortality (Burley 2007, Haarmann et al. 2002).

It is not known if the presence of fluvalinate, coumaphos, or amitraz in the queen-rearing environment has an impact on QMP compositions which would hypothetically have an impact on queen attractiveness to workers and thus the quality of care that a retinue gives a queen. Our preliminary data show that the presence of fluvalinate and coumaphos in the queen-rearing beeswax environment causes worker-detected changes in queen physiology, consequently resulting in fewer attendants caring for queens raised in miticide-laden beeswax compared to those caring for queens raised in miticide-free beeswax (unpublished data, Walsh et al.). Furthermore, because the presence of fluvalinate and coumaphos has been shown to have negative effects on sperm viability and general lowered queen reproductive quality (Burley 2007, Haarmann et al. 2002, Pettis et al. 2004) perhaps fluvalinate, coumaphos, and amitraz also lower queen mating potential by lowering the number of mating flights a queen takes, or lowering the number of drones a queen mates with on a single nuptial flight.

For my Ph.D. dissertation, I intend to examine three main objectives looking at the effects of miticides on queen reproductive physiology, and worker responses to these changes, as follows:

Queen Rearing. Queens will be grafted from hives at the Riverside Apiary (College Station, TX). Worker larvae in the first instar will be grafted into plastic queen cups that have a coating of either miticide-laden beeswax or certified miticide-free beeswax. Miticide concentrations will be 3595 ppb fluvalinate, 1300 ppb coumaphos, and 665 ppb amitraz, the median concentrations of contaminants in wax samples reported by Mullin et al. 2010. Grafted cells will then be placed in a queenless cell builder colony. After queen cells are initiated and capped, they will be placed in cages and then put into three-frame queenless mating nucs. Upon emergence, the queens will be marked and released. Queens will then be placed in observation hives only after they have successfully mated (i.e., eggs and/or young larvae).

Observation Hives. Approximately 6,000 bees, two brood frames, one honey and pollen frame, and an empty frame will be placed into paired plexiglass-walled observation hives. After a period of queenlessness not exceeding 24 hrs, we will introduce a caged queen reared in either miticide-free beeswax or miticide-laden beeswax into the colony (after first destroying all queen cells present). About two days later, and once new queens are accepted, we will release the caged queens. After a transition period, the size of the queen's retinue will be measured. A retinue will consist of the number of workers attending the queen (i.e., antennating, licking, feeding or surrounding her) for 60 seconds for five consecutive minutes over a period of several days. Miticide-free and miticide-laden queens will be paired for observation based on their age and time spent in the observation hives and statistically compared for size using a matched pair t-test.

Mandibular gland extraction. After retinue size is measured, the queens will be removed from their hives and their mandibular glands will be dissected out. The glands will be placed in vials containing 100 μl hexane (≈1 queen equivalent, or "Qeq.") for 24 hrs (Richards et al. 2007) while gland contents remain intact (Pankiw et al 1995, Grozinger et al. 2003).

Cage bioassay (choice test). A frame of emerging brood and uncapped honey will be taken from a hive and placed in an incubated nuc box with a queen lure to mimic the presence of a queen, thus maintaining normal worker behavior (Grozinger et al. 2003). Five days later a group of 100 workers will be placed in a cage and given a choice of two glass slides, each containing 0.5 Qeq. of the extract vs. a hexane control, and the number of workers on each slide will be counted in 60 sec for 5 consecutive minutes to determine if they prefer the mandibular extracts of queens reared in miticide-free vs. miticide-laden beeswax. This will be done in accordance with cage bioassays performed in previous studies (Pankiw et. al. 1995).

Supersedure Attempts. Queen supersedure of miticide-laden and miticide-free queens will be assessed by counting the number of queen cups and initiated queen cells in observation hives.

Our experiments will contribute data regarding the widespread problem of combs contaminated with fluvalinate, coumaphos, and amitraz and their combined effects on the queen quality and supersedure issues that the beekeeping industry is currently facing (Mullin et al. 2010, Rangel et al. 2013). These observations can have broader implications than simply knowing how large a queen retinue is, as it seems likely that the quality of care queens receive would be highly variable based on the number of attendants caring for them. Perhaps contaminated combs are one of the reasons why overall queen quality and longevity has dropped in the last few decades. Sometimes it seems that there is little that we, as a beekeeping community, can do to control the amount of chemical drift that our yards are exposed to. While we may not be able to control the chemical drift from the farmer next door, we most certainly can control aspects of miticide contamination within our own hives and bee yards. If the levels of wax contamination are a factor in queen quality and supersedure, then this is information that the beekeeping community has to know in order to modify current beekeeping practices.

Calderone NM. 2012. Insect pollinated crops, insect pollinators and US agriculture: trend analysis of aggregate data for the period 1992-2009. PLoS ONE 10:1371.

Grozinger CM, NM Sharabash, CW Whitfield, and GE Robinson. 2003. Pheromone-mediated Gene Expression in the Honey Bee Brain. Proceedings of the National Academy of Sciences of the United States of America 100: 14519–14525.