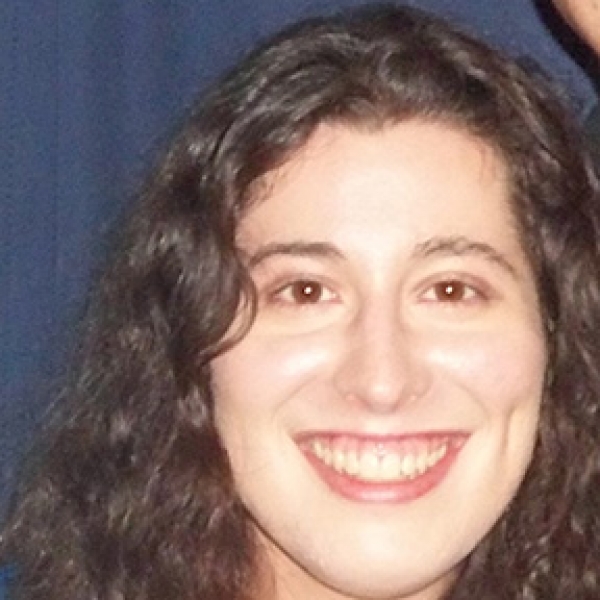 Stephanie Parreira, as a bee researcher, has two main goals: 1) to address the long-term impacts of pesticides on honey bee colony health, and 2) to engage beekeepers and the public alike in scientific research and advocacy. She earned my Bachelor's Degree in Environmental Studies at Sonoma State University in Sonoma County, California, and because her education there incorporated hard science with the social sciences, she's always considering the scientific and social impacts of my work. Stephanie aims to provide growers, beekeepers and legislators with meaningful data determining the true impacts of pesticides on colonies, as well as educate the general public about bee biology and what individuals can personally do to improve bee health. When she finishes her Master's program at Oregon State University, she hopes to earn my Ph.D. and answer more questions pertaining to colony declines. Her ultimate goal is to become a professor so that she will be able to continue doing research and engaging young people in science and entomology. Outside of my academic pursuits, Stephanie enjoys playing music, reading, and creating various works of art. She also plans to have hives of my own when she is finished with her Master's program.

The effects of pesticides on bee populations has garnered significant attention of the public and scientific community since the reporting of colony declines, and especially since the recent mass bumble bee kills. However, research on the effects of pesticides on honey bees is very complex. About 121 different chemicals and their byproducts have been detected in North American pollen, wax, and bees (Mullin et al. 2010). The impacts of pesticides on honey bee colonies are becoming clearer as more research is being conducted; however, we still lack knowledge on a number of fronts. Much of the data on the effects of these chemicals on bees focuses on a single chemical and does not capture effects of combined exposure (Thompson et al. 2010), and since honey bees are subjected to so many chemicals simultaneously, singlechemical studies may not be sufficient for determining harmfulness of a chemical. Studies conducted in the lab are also not often supplemented by field studies, which raises questions about whether laboratory results are true under field conditions. My research objectives will address these research gaps with respect to a fungicide and a neonicotinoid, respectively: chlorothalonil and imidacloprid.

Imidacloprid is the second most widely used insecticide in the world (Pettis et al. 2012). It is a member of the neonicotinoids, which have come under public scrutiny in recent years for possible involvement in bee declines. Imidacloprid is used on a number of bee-pollinated crops. Although some studies have found harmful effects on bees in laboratory studies, field studies have suggested otherwise. Medrzycki et al. (2003) found that imidacloprid concentrations of 100 ppb and 500 ppb in sugar syrup led to altered behavior in worker bees in the lab, but the effects were apparent for only a few hours. Findings like these are difficult to apply to the field, since if bees were to experience such a rare scenario, it is unclear whether such brief effects would impact long term colony health and survival. Pettis et al. (2012) found in a field experiment that honey bees reared on a diet containing imidacloprid were found to be lighter in weight and later had a significantly higher infestations of Nosema, but the long term implications of these findings are still unclear. More field studies are needed to assess consequences of imidacloprid exposure in the long run.

Our questions of interest are: 1) after a one-month exposure to field realistic levels of chlorothalonil and imidacloprid in pollen, how are various parameters of colony health and immunity affected in the short and long term? 2) Does exposure to these agrochemicals affect colony foraging behavior? Colony-specific health indicators in this study will include colony size, brood nest size, food stores and pollen collected during patty feeding, and glucose oxidase activity. Individual-specific health aspects include protein content of the hypopharyngeal glands (from which the brood food originates), midgut enzyme activity, fat body content, and phenoloxidase and prophenoloxidase activity (immune defenses in bee blood). The overall objective of the study is to determine the effects of these chemicals (both separately and together) on any of the response variables, which will provide comprehensive insight into how pesticide consumption through pollen diet may affect various sub-lethal aspects of colony health and survival.

In May 2014, we established 40 hives using sister queens and bulk bees. These hives were allowed to grow for two months before treatment. Prior to treatment, the amount of bees, brood, honey and pollen in each hive was estimated by estimating the percentage of each frame within a hive covered by each resource, and subsequently adding those percentages together to calculate the total number of frames per hive they covered. Colonies were then grouped into ten sets, and equalized so that the colonies within each set contained the same amount of bees, brood, honey and pollen. Each hive within each set was randomly assigned to one of four treatments: control, imidacloprid, chlorothalonil, and a combination of both imidacloprid and chlorothalonil.

Using bee-collected wild Yukon pollen that was low in pesticide levels, we made pollen patties consisting of 500 g of pollen and 250 mL of sugar syrup and containing levels of chlorothalonil or imidacloprid, both, or neither, based on the mean concentrations found in bee bread in Mullin et al. (2010): 39 ppb for imidacloprid and 3,108 ppb for chlorothalonil. Chemicals were dissolved in acetone, and the control group was treated with plain acetone. The solutions were sprayed and whisked into the pollen until they were evenly distributed. The following morning, the 50% (by volume) sugar solution was mixed into each patty, which was then weighed, covered in wax paper, and frozen until the patties were fed to the hives. Patties were replaced weekly for four weeks and weighed when removed from the colonies. Pollen traps were also kept on the hives beginning five days before feeding in order to force feeding on the patty. Trapped pollen was removed from each hive weekly and weighed as well.

Prior to treatment, we obtained baseline data for forager counts, as well as bees for baseline data on immune and disease response variables. We counted foragers returning to the hive within a three-minute interval in all experimental colonies. Bees carrying pollen and those that were not carrying pollen were counted separately. These forager counts began before the chemicals were fed to the hives, and have continued on a weekly basis since.

Before treatment, we also sampled hemolymph (bee blood) from at least ten nurse bees in each hive, as well as sacrificed nurse bees for baseline midgut enzyme activity, hypopharyngeal gland protein, glucose oxidase, and fat body content data. We removed at least 30 individual bees from each hive to meet the minimum bees needed for each test. Ten of these bees were anesthetized using dry ice, pinned through the thorax, and snipped between the second and third abdominal tergite. We then used micropipettes to extract the hemolymph, and pooled the hemolymph from all bees from one hive into a test tube containing sodium cacodylate buffer. The heads of these bees were saved for the glucose oxidase assay. The remaining bees were saved for analyses of the midgut enzyme activity, hypopharyngeal gland protein, and fat body content. We repeated this procedure one week after the exposure period ended, and again two months after the exposure period ended to capture if possible effects were long-term.

Evaluations of colony health also took place before treatment, and monthly afterward for three months. During each evaluation, the percentage of the frame covered by bees, brood, honey and pollen was visually estimated for all frames in each hive. These were used to calculate the total number of frames per parameter for each colony, which ultimately determine changes in colony size and food stores as a function of the treatments and time.

We also assessed the parasite infestation of each hive prior to treatment, and monthly after treatment began. We did this by collecting approximately 200 bees from an open brood frame of each hive. We washed these bees twice in alcohol and counted the number of Varroa destructor mites that dislodged from the bees, as well as the number of bees contained in each sample. We then used 100 bees from each sample for the analysis of Nosema prevalence. Nosema spores were counted on a haemocytometer.

Laboratory Assays: Hypopharyngeal glands will be dissected from the heads of the beesobtained for midgut enzyme activity and pooled together. Protein content will be determined using the Bradford assay. We will measure phenoloxidase and prophenoloxidase using the protocol by Laughton & Siva-Jothy (2010), and midgut enzyme activity will be determined using the protocol by Sagili et al. (2005). Fat body content will be analyzed using the methods of Wilson-Rich et al. (2008).

We currently have obtained all data for pollen patty consumption, trapped pollen weight, forager counts, colony evaluations, and parasite loads. We will record these data again at the start of spring. We are also finished with the assays for phenoloxidase and prophenoloxidase, and are in the process of analyzing glucose oxidase, midgut enzyme activity, fat body content and hypopharyngeal gland protein content. This upcoming spring, we will conduct laboratory cage studies to supplement our field data.

This research will determine whether exposure to chlorothalonil and imidacloprid in pollen has adverse effects on honey bee colony health and immune functions. It will provide a comprehensive picture on a wide range of sub-lethal effects that could potentially be affected by these chemicals when fed in pollen to entire colonies under field realistic conditions.

As a result of this project, beekeepers will become aware of the impacts of this pesticide combination on their bees, and facilitate communication with growers about reducing exposure of chlorothalonil/imidacloprid use. If no significant effects are found, then this research will have eliminated an exposure combination thought to have the potential to harm bees, so that researchers can use their resources to answer questions related to other potentially harmful chemicals. The combination of the field and laboratory components will also enable us to make better conclusions about results from other studies pertaining to other chemicals.