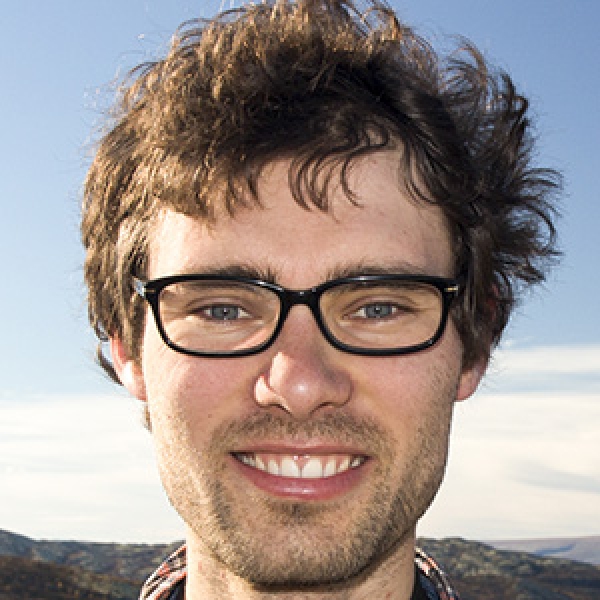 Christoph Kurze is PhD student in the globally recognized honeybee research group of Prof. Robin F.A. Moritz at the Martin-Luther-University Halle-Wittenberg (Germany) since November 2012. Even though he maintains a broad interest in evolutionary ecology, he is particularly fascinated by the interaction and coevolution between parasites and their hosts. This fascination started with his BSc thesis under the supervision of Dr. Jeremy Sternberg and Prof. John R. Speakman at the University of Aberdeen (United Kingdom) in 2010. In this work he studied the consequences of African trypanosome infection, which is the agent of sleeping sickness in humans, and found that the infection caused an extreme loss of appetite (anorexia) resulting in a decrease bodyweight (cachexia) in mice. For his MSc degree in Biodiversity, Evolution and Ecology at Freie Universität Berlin (Germany) in 2010-2012, he continued studying host-parasite associations in the group of Dr. Marion L. East and Prof. Heribert Hofer at the Leibniz Institute for Zoo and Wildlife Research in Berlin. There he found that age might be associated with immunity towards tapeworm infections in free-ranging Serengeti spotted hyenas. Moreover, juveniles were more infected when many hyenas visited the dens, but less infected when they were least well fed. Now in his PhD he studies how the fugal parasite Nosema ceranae might manipulate susceptible honeybee hosts and how resistant mechanisms of the honeybee might have evolved to escape parasitic manipulation. He uses an integrative approach, which includes the fields of genetics, histology, behavior and physiology, to gain insights into the mechanisms underpinning interactions between Nosema and the honeybee host. In the future he will continue working with Nosema for his PhD and hopes to get a research fellowship afterwards that would allow him to continue studying thrilling host-parasite interactions in a more natural setting.

The manipulation of cell suicide: an evolutionary battle between the fungal parasite Nosema ceranae and its honeybee host Apis mellifera

In the last decade, many bee pathogens were in the focus of research to find answers for losses of millions of managed honeybee colonies. In this context the fungal gut parasite Nosema ceranae was controversially discussed as a major driver for colony decline in Europe and colony collapse disorder (CCD) in United States (1). This exotic microsporidian parasite has managed to rapidly spread worldwide. Recently, it has not only been considered to be a serious threat to honeybees, but also to wild pollinators (1,2), thus asking for more research to understand both the functioning and failure of the bee immune response towards N. ceranae. On the other hand, it would also be crucial to know what traits enable Nosema to overcome the honeybee immune system.

After transmission via the fecal-oral route, N. ceranae germinates in the host midgut in order to penetrate and enter epithelial gut cells. In those cells Nosema then replicates and produces a new generation of spores that are ultimately released into the gut lumen (1,3). Nevertheless, to achieve that Nosema has to face and overcome a number of honeybee defenses.

In insects epithelial cells of the intestine are typically the first line of defense against pathogens. Besides the production of defense compounds such as antimicrobial peptides (AMPs) and reactive oxygen species (ROS), these cells can also respond with programmed cell death (also known as apoptosis) when infected. Infected cells respond in such a way that it kills both itself as well as the pathogen. Apoptosis is controlled by a specific gene cascade, which also includes genes that block apoptosis in healthy cells. Thus it is not surprising to see that intracellular pathogens engage in an evolutionary arms race with the host to manipulate apoptosis to their own advantage (4-6), reflecting classical host–pathogen coevolution.

Interestingly, this seems also to be the case in N. ceranae infections. It was recently shown that inhibition of apoptosis plays an important role in the disease pathogenesis of N. ceranae infections (7). Although there are some examples showing strategies which other pathogens use to manipulate cell suicide (4-6), the mechanism which Nosema uses is unknown. Moreover, there is a lack of knowledge how the host might withstand that manipulation by the pathogen.

For this reason, our research focuses on the importance of cell suicide as a defense mechanism in the adaptation of these Nosema–resistant honeybees. These Nosema–resistant honeybees are the result of an extensive long-term breeding program from the 1980's on an isolated Danish island where beekeepers have selected a honeybee strain that is not only resistant to the native N. apis, but also to N. ceranae(8,9). We compare the response to N. ceranae infection of those resistant honeybees from Denmark with susceptible honeybees from the South of France in controlled inoculation experiments. In our research we are addressing the following question: Does apoptosis differ between the resistant and susceptible strains? Where and how does N. ceranae actually manipulate apoptotic machinery in the host cell? What mechanism might have evolved in the resistant honeybees to escape this manipulation? To answer these questions we use an integrative approach which combines methods from the fields of genetics, histology, proteomics and physiology.

Our results might not only be interesting for the community of evolutionary biologists, but moreover, they might also be important for beekeepers and the beekeeping industry since it illustrates how selective breeding can be efficiently used in sustainable apiculture to enhance honeybee health and improve beekeeping in the long run.