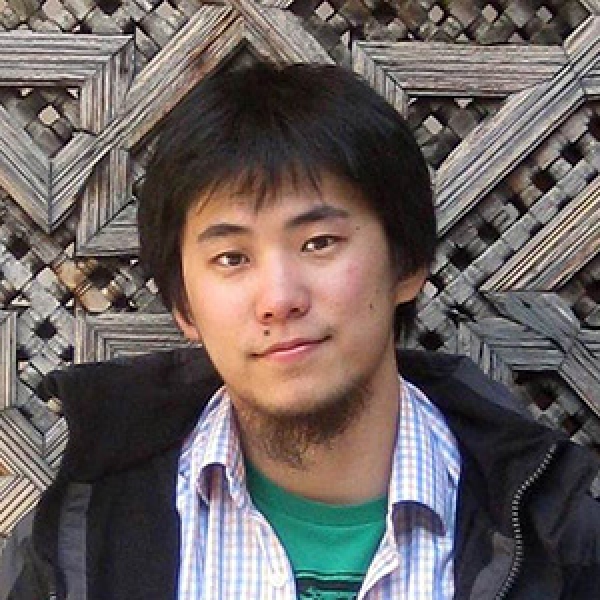 Rong Ma is a PhD student who works with Dr. Ulrich Mueller at the University of Texas at Austin. Rong is the recipient of a Graduate Research Fellowship from the National Science Foundation and recently presented his work at a social insect conference in Australia. He is fascinated by the complex system of chemical communication in honey bees, especially in the ways that pheromones influence behavior. Rong frequently speaks at and attends beekeeping meetings, most recently at the annual Texas Beekeepers' Association summer clinic. In his free time, Rong enjoys rock climbing, archery, and learning to play the violin.

Many insects communicate using chemical compounds known as pheromones, which can produce both short-term and long-term responses in physiology and behavior. The European honeybee (A. mellifera) has a complex, nuanced chemical language for mediating diverse behaviors, such as division of labor, brood-rearing, and nest defense. Pheromones in honey bees often occur naturally as multi-component blends that require specific proportions in order to function effectively.

One well studied example of a pheromone blend is brood pheromone (BP). BP is composed of ten long-chain fatty acid derivatives (i.e., broken-down fats); it is produced by honey bee larvae to signal hunger or need for brood care. Previous studies have demonstrated that, under carefully controlled conditions, brood pheromone can increase pollen-foraging and colony growth. Because BP components do not evaporate quickly, BP is thought to require direct larva-worker contact to affect behavior and physiology of workers. The requirement for direct contact is important because it places a limit on how the signal travels through the colony, which individuals are communicating the signals, and makes it difficult to determine whether an individual bee's behavior is a result of the chemical cue or the behavioral interaction.

When nurses actually come into contact with BP, they perform a suite of brood-care behaviors that includes feeding younger larvae and capping older ones. Nurses also tend to continue nursing for longer periods of time and delay the transition to foraging. Some of these nursing behaviors only require a few of BP components, but the full 10-component blend is required to increase pollen foraging and to modify the behavioral transition from nursing to foraging. However, it is not clear how foragers sense stored pollen or BP in a natural colony.

Recently, it was discovered that young honey bee larvae also emit a second type of pheromone—(E)-β-ocimene (EBO)—which is able to evaporate and spread throughout the hive extremely quickly. BP and EBO are chemically distinct pheromones, but they can induce similar physiological changes in nurse bees. For example, they have both been shown to slow the transition between nurses and foragers and to partially stop worker ovary development. However, it is not known whether EBO alters the behavior of nurses and foragers. These prior observations raise questions about how these pheromonal signals function, whether they differ in the information they convey, and how they affect the behavior of nurses and foragers. To investigate this knowledge gap, I developed a project to explore two main questions 1) what are the effects of volatile EBO on honey bee foraging behavior and colony growth?; 2) how does pheromone exposure change patterns of gene expression in honey bee brains?

Because EBO can diffuse throughout the hive and is produced by young brood with nutritional needs, I hypothesize that EBO alters behavior of foragers to meet these needs, which can be directly tested using established behavioral experiments. Further, I hypothesize that EBO produces changes in gene expression in the worker brain that can be correlated to behavioral changes, especially in the transition from nursing to foraging.

Behavior: How does EBO affect the behavior of foragers?

When a drop of sugar solution is placed on a honey bee forager's antennae, her reflex is to stick out her tongue to begin feeding. This is called the proboscis extension reflex, and foragers vary in the strength of this reflex depending on their preference for pollen. For example, nectar foragers often have a high threshold, so the sugar solution must be very sweet in order to stimulate proboscis extension. We can measure just how sweet the sucrose concentration must be before a bee extends her proboscis (sucrose response threshold). This is related to foraging preference because nectar foragers have high thresholds for nectar sweetness while pollen foragers have lower thresholds. In addition to measuring sucrose response thresholds, I will also conduct field experiments to determine how synthetic EBO affects foraging behavior.

Hypothesis 1:
Treating honeybees with EBO will cause 1) a decrease in sucrose response threshold over time; and 2) an increase in the total number of foragers and the proportion that forage for pollen.

Testing H1:
I will cage newly-emerged bee cohorts and expose them to biologically realistic levels of EBO, or to a control treatment, continuously for 7 days. The sucrose response threshold (SRT) of different bees will be assayed with increasing concentrations of sucrose solution. To evaluate pollen preference, I will expose entire colonies to various doses of EBO or to control treatments for one hour. I will then count the proportion of foragers that return to the hive with pollen or nectar. This will evaluate whether EBO causes changes in foraging behavior and pollen preferences. If treatment significantly decreases sucrose response threshold and increases proportion of pollen foragers, then EBO increases overall level of pollen foraging by altering foragers' sucrose response threshold. If EBO has no effect on pollen preference or on SRT, it would suggest that EBO does not affect pollen foraging, implying that BP and EBO have independent functions or potentially target different audiences.

Genetics: How does EBO alter gene expression in honeybee brains?

The second set of analyses involves gene expression in the bee brain using a next-generation sequencing technique called Illumina sequencing. Illumina will allow me to sequence essentially every gene product in the brain that is being actively being used, which is known as RNA. In other words, it produces a detailed snapshot of everything the bee brain is doing in one moment in time. This will allow a comparison of the differences in brain gene expression between foragers that have been exposed to EBO, BP, and a control.

Odors are detected by antennae and signals are then sent to regions of the brain that process olfactory information, which makes these higher processing centers in the brain a useful place to look for genes related to foraging behavior.

Testing H2:
Cohorts of newly-emerged bees will be exposed continuously to biologically realistic dosages of EBO, BP, or a paraffin-oil control. Each day of exposure, whole bee heads will be taken from a random sampling of bees, placed on dry ice to preserve the portions of the DNA that are actively being used, and dissected according to established methods. The actively-used portions of the DNA will be isolated from whole brains using standard genetics methods (RNA extraction) and will be sequenced with Illumina. Using specialized software packages, the resulting DNA sequences will be aligned to an annotated honeybee reference genome to determine the name and function of the genes being actively used. The results will be analyzed for patterns and differences between foragers that were exposed to EBO, BP, and those that were not exposed to either pheromone. This will elucidate the gene-regulatory effects of EBO and enable a comparison of the influence that two distinct pheromones, BP9 and EBO, have on honeybee physiology and colony function.

Benefits to bees, beekeepers, and the apicultural industry

Honeybees are estimated to increase the value of US crops by $15 billion annually. However, honeybees have been decreasing recently due to droughts, parasites, pesticides, and viruses that have been linked to widespread colony collapse disorder. Because treating colonies with natural pheromones can promote growth and improve bee health, this project has practical applications for apiculture and for crops dependent on honeybee pollination.

Furthermore, a few pheromone blends have been studied closely (e.g., brood pheromone, queen pheromone) and developed into commercially-available beekeeping products as a result. Despite the tremendous progress that scientists have made in understanding how larvae interact with workers, many aspects of pheromone communication are not well understood. There have also been recent reports from Australian research groups that synthetic brood pheromones are not effective in large beekeeping operations. In exploring larval pheromones further, this research project could have implications for the development and improvement of commercially-available pheromone supplements in addition to improving our scientific understanding of honey bee ecology and behavior.

On a more personal note, it is important to me stay connected with local beekeepers and spread scientific discoveries related to bee health and apiculture. During my graduate career, I have attended the monthly meetings of local beekeepers associations. I have also presented the results of my research at the summer clinic organized by the Texas Apiary Inspector and Texas Beekeepers Association, which was attended by over 300 beekeepers from all over Texas.

Over the course of the last year, I have worked on the behavioral aspect of this project, focusing on the effect that EBO has on foraging behavior at the colony level. In collaboration with the honey bee lab at Texas A&M, I tested whether giving colonies synthetic EBO in addition to frames of real brood could increase foraging activity. I exposed naturally-foraging honey bee colonies to a one-hour pulse of either synthetic EBO or a paraffin-oil control, and then I recorded the number of returning pollen or non-pollen foragers. The main finding of the study was that exposure to synthetic EBO significantly increased overall foraging activity. The concentration of EBO in the hive may be indicative of the number of young larvae in the colony, and therefore high-nutritional demands of the colony. The effect of EBO treatment on pollen foraging was highest directly after pheromone exposure and returned to normal levels after three hours. The results of this experiment were submitted to the Journal of Chemical Ecology, which is a peer-reviewed scientific journal.

The genetics aspect of this project requires a high degree of technical and computer programming training, and the experiment itself generates extremely large and complex datasets—often referred to as "big data." I am currently taking a course in Ecological Genomics in order to prepare for experiment and subsequent analysis.