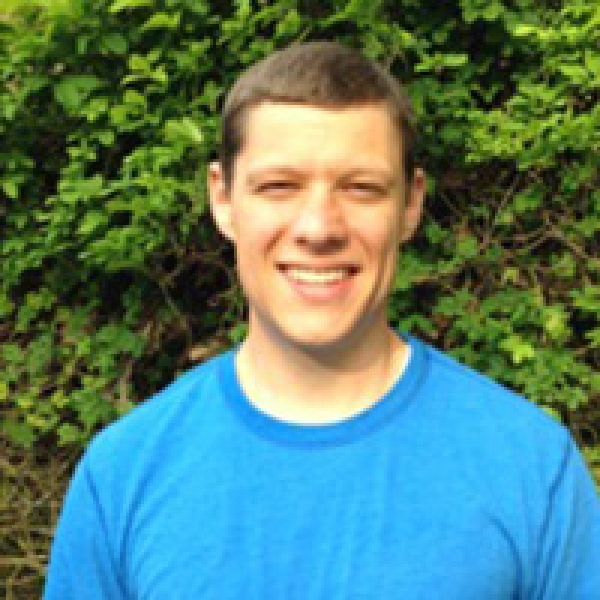 Cameron Jack is an Oregon State University graduate student who grew up in a small town near Las Vegas, NV where he worked with a grandpa who kept honey bees. He completed an undergraduate education at Southern Utah University in 2012 and is now a Master's student in the Department of Horticulture at Oregon State University with Dr. Sagili. He is currently conducting research on the honey bee gut pathogen Nosema ceranae. Following completion of Master's degree, he plans to pursue a Ph.D. continuing research on bee health.

Pests and diseases constantly threaten honey bee health. Recently, honey bee colonies in the United States have been reported to be infected with a gut parasite called Nosema ceranae. This microsporidian has historically been prevalent in the Asian honey bee, but has only recently been observed in honey bees across Europe and the United States. Nosema ceranae has been shown to increase winter colony losses and decrease bee immune responses to other diseases (Higes, Martín, & Meana, 2006).

The biology and epidemiology of this new pest is still relatively unknown. Unlike Nosema apis, Nosema ceranae has little or no outward symptoms recognizable to beekeepers, so many beekeepers do not know they have a problem until it is too late. Nosema ceranae appears to have a different phenology than Nosema apis and looks to have displaced Nosema apis in the past few years (Bourgeois et al. 2012). Hence there is a need to better understand this relatively new honey bee gut parasite.

Further, current Nosema sampling protocol is not very reliable. Just a few infected bees can skew the results of Nosema analysis and may provide a false diagnosis or perception of a colony’s health. This has forced beekeepers to treat all their hives prophylactically with an antibiotic called Fumagilin. For large scale commercial beekeepers this treatment can be extremely expensive. Thus there is an urgent need to understand the dynamics of a Nosema ceranae infection inside a hive. Understanding this information regarding the prevalence (proportion of infected bees) and intensity (number of spores per bee) will help formulate a better Nosema sampling protocol to help beekeepers assess the realistic need for colony treatment.

Honey bee samples were obtained from several colonies in July 2013. These samples were then tested using light microscopy techniques to examine the presence and intensity of Nosema. Eight Nosema-free colonies were selected to serve as foster colonies for the experimental bees.

Brood frames were pulled only from colonies in which sister queens were placed previously. The brood frames were kept within the incubator at 32 oC with the relative humidity at 55% to simulate conditions in the hive. Brood frames were checked every 8-12 hours for emerging bees. Newly emerged bees were then painted green, blue, white, or red according to their particular age cohort. Once the required number of bees had emerged (2,000 bees per cohort), they were placed in one of the Nosema-free foster colonies.

After three weeks since the first cohort was placed in the foster colony, 1,000 painted bees from each cohort were vacuumed out and placed inside a sealed nucleus hive. A Quadruple Cohort Colony was established with 3 week, 2 week, 1 week and newly emerged bees painted green, blue, white and red, respectively. The following day, the entrance blockers were removed and the bees were allowed to forage. On Day 1 after the establishment of quadruple cohort colonies, existing non-painted bees were removed.  A queen in a sealed queen cage was also placed inside the nucleus colony on Day 1. On Day 2 the sealant on the queen cage was removed so bees could release the queen on their own. On Day 3 the Nosema ceranae spores were fed to bees in sugar syrup using mason jars placed on hive covers with holes. Spores were calculated to inoculate 4,000 bees with 10,000 spores per bee.

Two weeks after the colonies were inoculated, the colony entrances were blocked and the colonies were placed inside a -20 Co freezer. After two days the sacrificed bees were removed from the colony, separated into cohorts, and counted. The prevalence and intensity of Nosema infection were determined by light microscopy techniques followed by (Cantwell 1970).

This experiment is still in the data collection phase due to the high number of samples to be individually analyzed. Although no definite conclusions can be made at this point, certain trends are beginning to emerge. For instance, it is becoming clear that newly emerged bees have a much lower intensity and prevalence of Nosema infection than bees in the 1 week, 2 week and 3 week aged cohorts. It is also evident that bees 3 weeks old at time of inoculation have the highest prevalence of infection at over 50% infected. This information can potentially help us understand the prevalence and intensities of Nosema inside a colony. With further research, new robust Nosema sampling methods can be developed to help beekeepers get a more accurate picture of their hive’s infection levels.

Frames with emerging brood were pulled from sister queen colonies established at OSU’s apiaries. Frames were randomly placed in cardboard nucleus hives and emerged in the incubator at 33 oC and 55% relative humidity to simulate conditions in the hive. Newly emerged bees (less than 24 hours old) were placed inside cylindrical wire cages (6306 cm3) and placed back into the incubator. Each cage contained 250 bees. On the top of each cage were vials of 100ml of water and sugar syrup. Bees inside the cage were also exposed to varying treatments of protein at the bottom of their cages.

In order to vary the amounts of protein amongst the cages, treatments consisted of wild flower pollen and α-cellulose powder(Sigma®) in the following ratios: 1:0, 1:1, 1:2, 1:3, and 0:1 respectively. The protein mixture was then measured out to 25g and packed into petri dishes. The petri dishes were then placed at the bottom of each cage.

Five days after emergence and exposure to the protein, each cage was then inoculated with Nosema ceranae spores. Spores were calculated to inoculate 250 bees with 10,000 spores per bee. The spore inoculant was formulated in 30ml of sugar syrup. The inoculums were left for 24 hours and then the feeders were topped up to 100ml of uncontaminated syrup.

Every other day the consumption of water and sugar syrup from each cage was measured and replaced. Pollen consumption was measured and replaced weekly. Bee mortality was observed every other day and dead bees were removed at time of pollen replacement for convenience. 16 and 23 days after the bees were inoculated with Nosema spores, 30 bees were culled from each cage for analysis. 20 bee abdomens were used to estimate the Nosema prevalence and intensity and their heads were used to analyze hypopharyngeal gland protein content. The remaining 10 bees were used to measure the midgut proteolytic enzyme activity.
This experiment is still in the data collection phase as the hypopharyngeal gland protein content and midgut proteolytic enzyme activity have not yet been analyzed. However, the Nosema and survival analysis has been completed and the results appear to be very interesting. This experiment has shown that there is a significant difference between nutrition and Nosema intensity (P<.0001). Surprisingly, the results show that cages with the high protein treatment also had the highest intensity of spores, and conversely the cages with the least protein treatment had the fewest amount of spores. This may mean that in order for Nosema spores to reproduce inside of the honey bee, they may require higher protein levels. The survival analysis also yielded surprising information. The results show that there is a significant difference between nutrition and survival (P<.0001). The cages with the pollen with higher protein levels had greater survival rates than cages with the lower amount of protein in their pollen. These results suggest that bees that receive better nutrition had a higher intensity of Nosema spores, but they also had higher survival rates than bees with a lower nutrition. This experiment will provide important information to beekeepers pertaining to the role of nutrition on the prevalence and intensity of Nosema ceranae. Beekeepers may also benefit from knowing if feeding their hives with supplemental protein will likely increase the hive’s chance of survival during a Nosema infection.

Frames with emerging brood were pulled from hives in OSU’s apiaries. Frames were placed in cardboard nucleus hives and emerged in the incubator at 33 oC with the relative humidity at 55% to simulate conditions in the hive. Newly emerged bees (less than 24 hours old) were brushed into a large container and hand mixed. Once the bees were mixed thoroughly, 250 bees were then placed inside cylindrical wire cages (6306 cm3) and returned to the incubator. Each cage contained 25 grams of wild flower pollen. Gravity feeders were placed on top of cages to feed Nosema ceranae dosed at 40,000 spores/bee in 25ml of sugar syrup.

Once the 25ml solution containing Nosema ceranae was completely consumed, the cage was then provided water and syrup. Three days after the cages were exposed to the Nosema, 25ml of treatment were given to the cages. There were 5 cages of each treatment which included Fumagilin-B™, Nozevit Plus™, Honey-B-Healthy™, and a control containing only syrup (20 total cages). All treatments were prepared according to the manufacturer’s recommendations. Once the 25ml of treatment was consumed, cages were again given water and syrup.
Every other day the consumption of water and sugar syrup from each cage was measured and replaced. Pollen consumption was measured and replaced weekly. Bee mortality was observed every other day and dead bees were removed at time of pollen replacement for convenience.16 and 23 days after the bees were inoculated with Nosema spores, 25 bees were culled from each cage for individual Nosema analysis.

This experiment is still underway and the Nosema analysis will be conducted in the coming weeks. This research will clearly benefit beekeepers by demonstrating the efficacy of these products to treat Nosema. The findings from this study may greatly influence beekeepers Nosema treatment decisions.