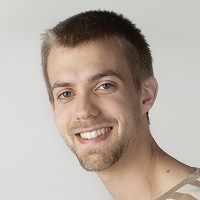 For the last three years, I and the other members of my lab have been studying the exposure of honey bees to neonicotinoid seed treatment dust during corn planting. Every year, we have observed two consistent patterns during corn planting: a pulse of dead bees (measured using dead bee traps), and detectable amounts of neonicotinoid residue in trapped pollen (CDRC 2015). A smoking gun, right? But there is just one problem--the concentrations of neonicotinoid that we have detected in the pollen are well below the concentration that would be expected to kill bees, and we detected little or no neonicotinoid residue in stored nectar.

As I struggled to make sense of these data, I realized that there must be something fundamentally wrong with our concept of pesticide exposure. In honey bee toxicology literature, exposure is typically estimated either by measuring pesticide residue in flowers or by measuring pesticide residue in hive contents like trapped pollen, beebread, and stored nectar/honey. The problem with both of these approaches is that they ignore everything that happens before foragers collect contaminated food and everything that happens between the collection of contaminated food and the consumption of that food. An environment is not just one type of flower having one level of pesticide contamination, and a honey bee hive is not just a box in which pesticide accumulates. An environment is a complex landscape composed of many different flowers having various levels of contamination and being visited selectively by foraging bees. A honey bee hive is an intricate society of interacting individuals that process, store, and share the food they forage from their environment. By supposing that the exposure of a honey bee colony to a pesticide in its environment is analogous to the exposure of a single bee to an experimental pesticide dose in the laboratory, we achieve simplicity at the cost of completely ignoring the social biology of the honey bee. I think we get closer to the truth by imagining a city being exposed to some pollutant, originating outside of it, that is brought in with shipments of goods and then distributed amongst its inhabitants through economic transactions. But if pesticide exposure is so complicated, how can we make enough sense of it to find ways to protect our bees?

In a paper I’m currently preparing, I propose new conceptual framework for understanding pesticide exposure in honey bees through the contamination of pollen and/or nectar (Figure 1). My framework distinguishes two key processes: (1) the flow of foraged material from the environment into the hive, and among individual bees, and (2) the absorption of pesticide from contaminated food into the body tissues of bees (i.e. exposure). The flow of material corresponds to the behavior of honey bees: first they collect food from their environment, then they process and distribute food inside the hive, and finally they consume the food in various forms. At each of these stages--foraging, processing, and consuming--honey bees can be exposed to pesticide residues that may contaminate the food. The key to understanding and mitigating exposure is to analyze how exposure happens at each of these three stages.

Figure 1: A three-stage framework for understanding dietary pesticide exposure in honey bees. Exposure (absorption of pesticide into body tissues) can occur at each of the three stages: foraging, processing, and consumption. Foragers encounter pesticide (red) on contaminated flowers, which then becomes incorporated into foraged nectar or pollen. In-hive mixing of nectar dilutes (pink) but simultaneously spreads the foraged pesticide through the hive. Pollen is neither spread nor diluted, but consumed directly by foragers, which may transfer a small amount of pesticide to brood and other hive members through jelly feeding. Exposure through nectar stored transiently in the crop (pink) is small compared to exposure through nectar or pollen passed to the midgut (red).

Foraging. Honey bees can forage as far as several miles from their hive, visiting a wide variety of plants that may or may not be contaminated with pesticide, so foraged food will always be a mixture of contaminated and uncontaminated sources. Foraging honey bees do not actually consume the food they collect; nectar is stored in the crop (honey sac) but not passed to the midgut (stomach) (A, upper), and pollen stored on the hind legs (A, lower). Foragers, therefore, might be exposed to pesticide if it is absorbed through the lining of the crop or esophagus (D, upper), but they would experience minimal exposure through the pollen stored on their legs (D, lower). The lining of the crop and esophagus is resistant to absorption, but a limited amount of pesticide can pass through it (Conner et al. 1978).

Processing. A returning nectar forager does not store her own load of nectar in honeycomb, but instead transfers it to one or more “receiver bees” (Park 1925). The receiver bees may store the food directly, but more often transfer it to other bees, which may transfer it to still more bees, until the load is finally deposited in a nectar cell for storage and ripening (Maurizio 1975). Likewise, while honey may be consumed directly from a cell, it is often passed through a cascade of transfers before it finally reaches a bee that consumes it. The significance of this processing for pesticide exposure is that by the time a nectar load from a particular forager is stored and/or consumed, it has been thoroughly mixed with many sources, and whatever pesticide the original source may have contained becomes highly diluted (B, upper). Exposure can also occur during the transfer process, as pesticide is absorbed through the lining of the esophagus or crop (E, upper). Pollen, in contrast, is not mixed prior to storage and thus retains undiluted levels of pesticide contamination (B, lower).

Consumption. Nectar/honey is consumed by all members of the colony, either directly from storage cells or by sharing between bees (C, upper), and pesticides in nectar/honey can be absorbed efficiently by the midgut and the hindgut (F, upper). Pollen, however, is consumed almost exclusively by nurse bees, which consequently receive the full brunt of pesticide exposure via contaminated pollen (C, lower) through midgut and hindgut absorption (F, lower). After feeding on pollen, nurse bees convert the nutrients of the pollen into a “jelly” that they secrete as brood food or royal jelly to brood and the queen. Whether pesticide in pollen can become incorporated in this jelly is not well studied, but if some incorporation does occur, it would be likely be minimal in most cases compared to the levels in the raw pollen. The next step in my research will be to formulate mathematical relationships that describe the flow of pesticide through each stage of the framework and the rate at which it is absorbed into body tissues at each stage. I have begun this process with the help of a colleague, Michael Wransky, who is an expert in applied mathematics and computer programming, and we expect to develop working models over the coming year.

The most immediate application of my exposure framework is that it suggests an interpretation of our mysterious corn dust data. Whatever neonicotinoid may have been present in nectar sources in the field was diluted through the nectar transfer process to the point of being undetectable in stored nectar. Dangerous neonicotinoid levels in pollen, however, were masked by the fact that the pollen we analyzed was a mixture of many sources, contaminated and uncontaminated, while the pollen bees actually consumed in the hive represented single sources that occasionally had very high contamination, causing the pulses of dead bees we observed. The greatest utility of my framework, though, is that once we have formalized the mathematical relationships within it, we will be able to use it to calculate predicted levels of pesticide exposure under different scenarios. This will allow us identify situations in which dangerous levels of exposure can be expected, and then compare the predicted effectiveness of various mitigation schemes that might be employed.